When you book with an account, you will be able to track your payment status, track the confirmation and you can also rate the tour after you finished the tour.
Sign Up
5328

We travelled to Ethiopia in dec 2016. Mule was so flexible and nice! He organised the whole trip at the very last 24h before arriving! He showed us the best... read more parts of the northen countryside of ethiopia and the nice and non turistics bars of...More 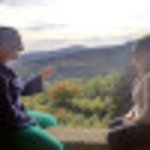 Our Harar Tours showcase the most unique attractions of Eastern Ethiopia. Considered “the fourth holy city of Islam”, a Harar city tour will showcase the 82 mosques and 102 shrines of city.  In Arabic the city is known as Madeenat-ul-Awliya (the City of Saints).  World famous French poet Arthur Rimbaud lived among the locals in a small house in the city while working as a coffee trader and gun-runner between 1875 and 1884.  For centuries Harar was a crossroads for trade between Africa, Europe, and India. It is known as the city of peace because of the Christian and Muslim population living in peace and harmony. It was listed as a UNESCO World Heritage Site in 2016.

Located on a hilltop in the eastern region of the Ethiopian Highlands, Harar Jugol’s Golden age occurred during the 16th century. Locally the culture flourished, and many poets lived and wrote there. It also became known for coffee, weaving, basketry, and bookbinding.  Emir Nur ibn Mujahid, built a protective wall around the city. The height of the wall averaged 12 feet (3 meters), and its thickness is about 60 cm. The structure is called Jugol.  Access into old town was controlled at the five gates of Harar. The Jugal wall had 24 guard towers in its full form. One still remains, near the Bedro gate, it survived destruction that occurred during different periods.

The wall is still intact and is a symbol of the local towns people.  Locals repaint the walls of the old town in vibrant colors in the weeks preceding the holy month of Ramadan.  Erer Gate (Argo Beri) is also commonly referred to as the Richard Burton gate in Harar. In 1854, a British explorer, disguised as an Arab merchant, became the first non-Muslim to enter the city through the gate.  Sneak through the gates and tour the 4th Holy City today with Arada Tours!

The Five Gates of Harar

The Gate of Harar. A 6th gate built during the reign of Haile Selassie, 1926.

Fly from Addis Ababa to Dire Dawa. Enjoy a delicious lunch before driving to Harar. This guided tour starts by walking the paths through the colorful Islamic market. After sunset, see the “Hyena Man” feeding the hyenas that gather regularly outside the town.

After an early morning breakfast begin the city tour of Old Town. Walking tour of a coffee factory, museums, the Jugol Wall, and much more. Following the tour return to Dire Dawa. Fly from Dire Dawa to Addis Ababa for departure.

Day 3Tour of the City

“The previous awesome experience got me to book my next trip to Harar and eventually a ride on the new train from Dire Dawa – with an equally memorable drive and unforgettable “”feast”” with a hyena mama and a historic walk through the ancient city of Harar!
All in all, I got to appreciate Ethiopia through the immersive experience Muley and Arada Tours gave me…plus it was so pocket-friendly!”